No love in Jerusalem 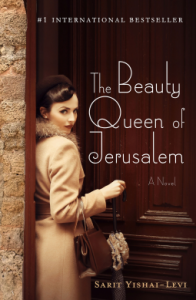 I received this book from NetGalley in exchange for an honest review.

A powerful family saga, this book is brutally honest. It starts with the narrator, Gabriela, talking about her childhood in the 1950s in Jerusalem. Gabriela’s relationship with her mother Luna is strained at best. Perhaps, it would be even more fitting to describe it as mutual aversion. From the very beginning of the book, Luna is portrayed as a dismal mother and a horrid wife, a cold, spiteful woman. I disliked her immensely and wanted to know what happened to Gabriela next, but the book veered off.

The author skipped back in time, almost to the banishment of the Jews from Spain, and from there on followed several generations of the Sephardic Ermosa family, the family of small merchants in Jerusalem. The story that emerged was an anatomy of animus, a fictional dissertation on the topic: what happens to people who deny love. Because they all denied it.

Rafael didn’t love his wife Mercada. He married her at the behest of his mother, an obedient Jewish son doing his duty, while his heart belonged to another for all of his life. He wouldn’t allow himself even to acknowledge his torn soul, but their unloving relationship poisoned the family for generations to come. Some even said it became a curse, and it made Mercada a bitter, hateful woman.

When Mercada and Rafael’s sunny-natured son Gabriel fell in love with the woman not approved by his family, his mother punished him by marrying him to the worst bride she could find. She ruthlessly ruined her son’s life and never regretted it.

The curse passed on to Rosa, Gabriel’s wife and one of the few nice characters in the book. Rosa was not beautiful or educated. Growing up a poor orphan, Rosa took care of her younger brother since she was ten. She was kind and tenacious, with a heart full of emotions she didn’t know how to express. She would have loved Gabriel, if he was even a little bit willing, a tad more tolerant of her faults, but instead, Gabriel despised her. No matter how hard Rosa tried, Gabriel wouldn’t accept her, and his antipathy towards his wife filled his life with venom and sadness.

Of course, their daughter Luna, born of such a union, didn’t know how to love at all. The most beautiful woman in Jerusalem, the beauty queen of the title, Luna was frigid and uncaring. She adored clothing and makeup but the only person she truly loved was herself. Repulsed by her husband’s touch, she hated his sexual advances. She wouldn’t even try to understand his pains or his interests, and her treatment of her young daughter was cruel. Shallow and disgusting, Luna refused to nurse her baby from the start. She was a horrible character, but for some reason, the author dedicated most of the page space to her. Perhaps she was exploring Luna as the embodiment of self-absorption, but I didn’t derive any pleasure from reading about that heartless witch.

Only in the last twenty percent of the book, the story returned to Gabriela, showing how hard it was for her to break the curse of loathing, to learn the lessons of love.

Forgiveness, like love, was something the Ermosa family lacked too, and it took Gabriela years of self-hatred to even grasp the concept.

Overall, I didn’t like any of the major players in the tale, didn’t understand their stubborn resistance to love, and my attitude towards the characters colored my perception of the novel. I didn’t like the jumps back and forth in time either. They made the story feel like a jigsaw puzzle, and even when I assembled the entire picture, the squiggly lines between the tiles were blurry.

Fortunately, the Ermosa family drama unfolded on the background of Israeli history, and the historical aspect of this book saved it from being a total disaster. The Turkish rule of Palestine and the British Mandate, the Zionist movement and the Declaration of Independence, the War of 1948 and the siege of Jerusalem by the Arabs – the Ermosa family lived through it all.

They lived through the Holocaust and never even noticed it. While Jews died by millions in Europe, the Ermosas’ petty concerns focused on their small shop and their unloving spouses. While the Etzel group unleashed bloody terror on the British, with constant bombings and shootings – what a tragic comeback the intifadas must be, when the very roots of terror in Palestine rested with the Jews – the Ermosas only cared about their personal safety and their neighbors’ approval.

Some of the younger generation, Luna’s sisters in particular, tried to participate, but never Luna or her parents. Gabriel always forbade his daughters anything untraditional. And the filial obedience was mandatory in that family of narrow-minded Sephardic Jews who didn’t know how to love.

Note: The cover is beautiful but misleading, and so is the title. Both promise a titillating chic lit, but neither delivers. Nor do they reflect the grim, loveless story of this book.