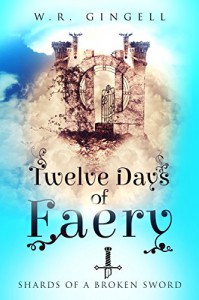 King Markon has a problem. Every girl his son, Prince Parrin, seemed to be interested in – a fiancé or a sweetheart or simply a ballroom flirt – has met an unfortunate accident. Some died. Others disappeared or ended up maimed. Nasty magic is obviously at work, and the poor prince is now reluctant even to smile at anyone, lest she suffers. Royal succession is in jeopardy. The king needs help to find out what is going on and remove the vicious curse.

Enchantress Althea offers her services. If she succeeds, she would be named queen. But first, she must survive the curse and find the perpetrator.

This novella was a fast and sweet read, an original fairy tale with a murder mystery slant and two charming protagonists. Althea is an unusual sorceress, and Markon is definitely not your standard king. The politics and court intrigues certainly exist in this world, but they linger on the periphery of the story, not pertinent to the plot.

Magic is rampant, the mysterious villain appears dangerously all-knowing, and the faeries are obnoxious or downright evil. While the two heroes are searching for clues to the culprit’s secret identity, their adventures in Fairyland would satisfy any thrill seeker.

The only blot on this enchanting tale was the ending. It rather disappointed. Otherwise – delicious.